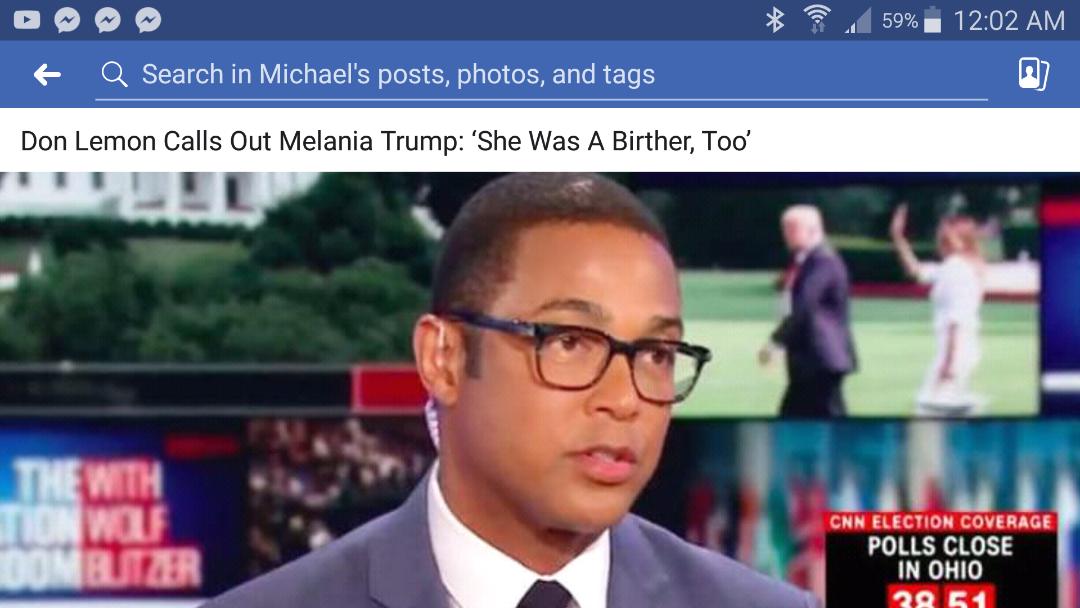 CNN’s Don Lemon gave first lady Melania Trump credit for defending NBA star LeBron James after President Donald Trump attacked James and Lemon on Twitter, but he also warned viewers that they shouldn’t read too much into her message.

“We also have to remember that she was a birther, too,” Lemon said, referencing the racist questioning of former President Barack Obama’s U.S. citizenship. Trump built his political career by peddling the debunked conspiracy theory.

The current first lady indeed defended her husband’s birtherism during an interview with Joy Behar in 2011. “It’s not only Donald who wants to see it,” she said, referring to Obama’s birth certificate. “It’s American people who voted for him and who didn’t vote for him. They want to see that.” She added that the birth certificate that Obama did release was “not a birth certificate.”

The president lashed out Friday night after Lemon interviewed James about the NBA star’s work opening a new public school for at-risk youth. During the interview, James said Trump uses sports “to divide us” and that the president enables racists.

“I do believe that this president is a racist and I don’t say that lightly,” Lemon said in light of Trump’s tweet. “What he is playing on with me and LeBron James is an old racist trope about black and African-Americans and people of color being of inferior intelligence.”

Soon after Trump sent his message, the first lady released a statement through her spokesperson in which she broke with the president and praised James for his philanthropic work.

Lemon interviewed James about the I Promise School, which the NBA player opened in partnership with his foundation and Akron Public Schools in Ohio. The school, which opened to 240 third- and fourth-graders last week, has an unusual approach, focusing on emotional well-being for both students and their families.