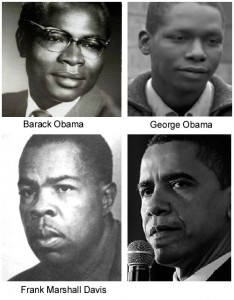 You be the Judge

Now I ask you who looks like President Obama’s Father?

This could be the reason why President Obama is hiding is Birth Certificate.

I don’t know about you my father looks just like me. We are being lied to as this Country is being hijacked.